Launch Of The First Ever KAZA-Wide Coordinated Aerial Survey 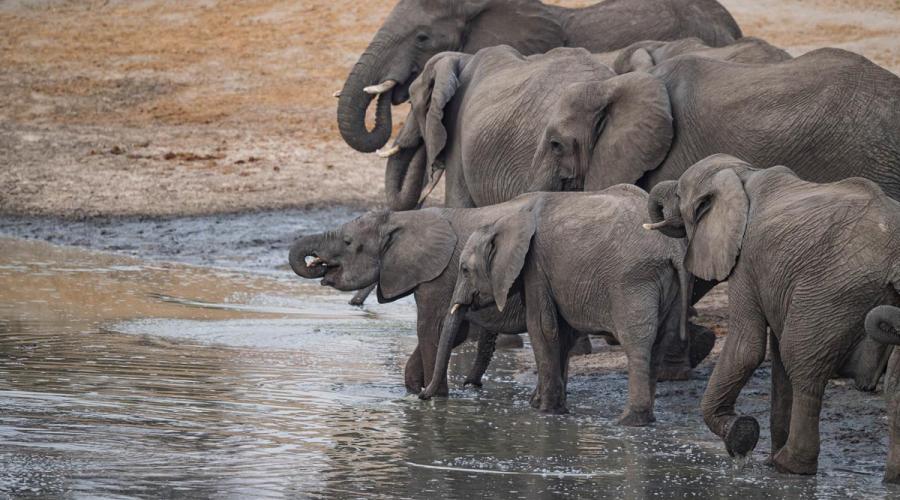 JOINT STATEMENT OF THE KAZA TFCA PARTNER STATES ON THE OFFICIAL LAUNCH OF THE FIRST- EVER KAZA-WIDE COORDINATED AERIAL SURVEY.

BY MR. TEOFILUS NGHITILA, EXECUTIVE DIRECTOR OF THE MINISTRY OF ENVIRONMENT, FORESTRY AND TOURISM, NAMIBIA AS COORDINATING COUNTRY FOR THE KAZA TFCA.

Namibia, Windhoek, 11 November 2021 – On behalf of the Partner States of the Kavango Zambezi Transfrontier Conservation Area (KAZA TFCA), I am pleased to announce the launch of the first ever KAZA-wide coordinated aerial survey of elephants. Our Coordinating Ministries represent the Republics of Angola, Botswana, Namibia, Zambia, and Zimbabwe where this survey will be conducted. This is a demonstration of our concerted efforts to implement the KAZA Treaty, which calls for regionally integrated approaches towards harmonizing policies, strategies, and practices for managing shared natural resources straddling the international borders of KAZA Partner States.

The survey is a fundamental component of the KAZA Strategic Planning Framework for the Conservation and Management of Elephants. It is also one of the action points of the 2019 Kasane Elephant Summit and a directive by our Heads of State.

The elephant population of KAZA represents more than 50% of the remaining savanna elephants (Loxodonta Africana) found in Africa, a species recently listed by the International Union for the Conservation of Nature (IUCN) as globally Endangered. On a positive note, the IUCN Red List acknowledged that savanna elephants are stable or increasing in KAZA, unlike the rest of the continent, which is a clear testament of the positive outcomes of the management interventions within KAZA.

The survey will be coordinated by the KAZA Secretariat in close collaboration with designated teams in each of the Partner States and will be based on the recently revised Convention on International Trade in Endangered Species of Wild Fauna and Flora (CITES) Monitoring the Illegal Killing of Elephants (MIKE) aerial survey standards.

In launching the aerial survey, we would like to thank our development partner, the World Wildlife Fund (WWF), and donor partners comprised of Paul G Allen Family Foundation, the German Federal Ministry of Economic Cooperation and Development through KfW, Dutch Postcode Lottery Dreamfund, USAID Combating Wildlife Crime in Namibia and the Kavango-Zambezi Area Project, UK Foreign, Commonwealth and Development Office, and the Environment and Protected Areas Authority (EPAA) of Sharjah, United Arab Emirates.

As KAZA Partner States and Coordinating Ministries, we reaffirm our commitment to the joint pursuit of science-led conservation practices driven by a firm belief that accurate and reliable data is the foundation to making informed strategic decisions about the long-term protection and management of Africa’s largest transboundary elephant population.

About the KAZA Secretariat

The Kavango Zambezi Transfrontier Conservation Area (KAZA TFCA) Secretariat was established in 2011 by the KAZA Partner States to manage the day-to-day operations of the TFCA. Its overall mandate is to facilitate the development of KAZA TFCA into a world-class conservation area and premier tourism destination. This mandate is executed under the guidance of KAZA Partner States with support from development partners and a consortium of stakeholders.