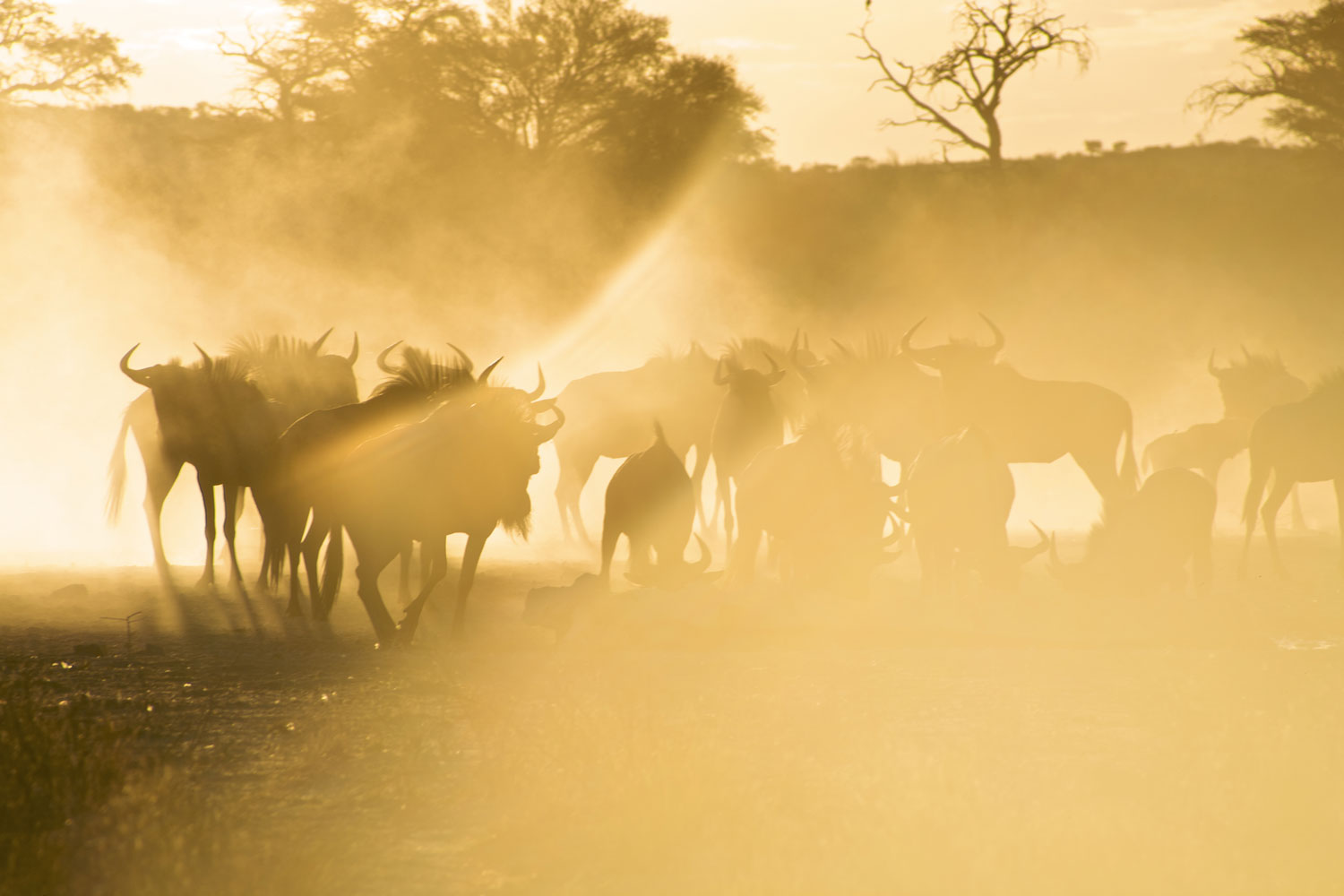 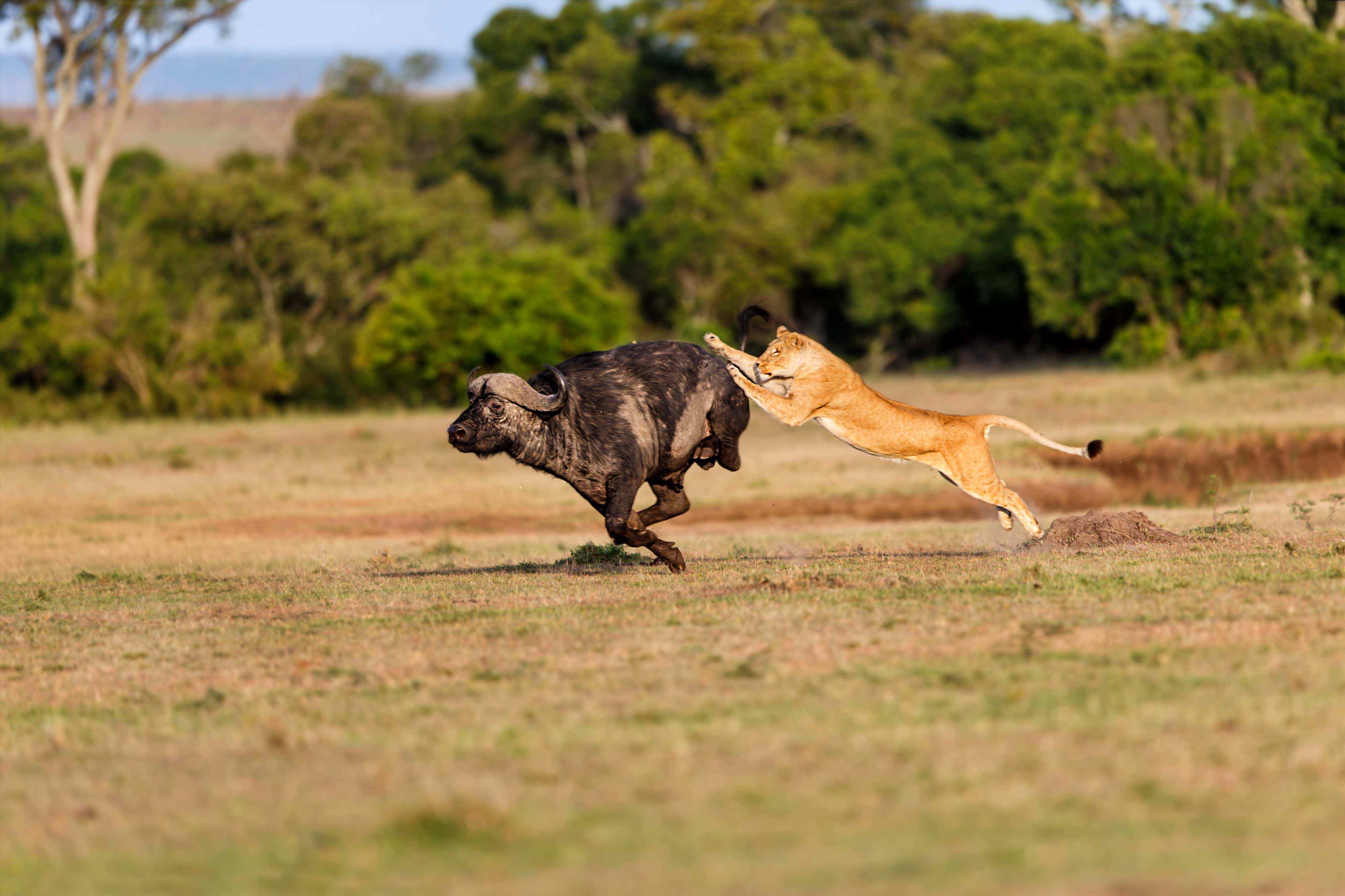 The sound of pounding hooves echoes across the plains as gargantuan herds of migratory blue wildebeest make their annual pilgrimage between Angola and Zambia, interspersed with the black and white of zebra herds, mingling in unending patterns of movement. The eerie call of lionesses stalking through the honey-coloured grass can barely be heard over the restless movements of thousands of legs on land, as they engage in battle of stealth and wiles with the vast roaming herds.

The Liuwa Plains-Mussuma TFCA, measuring 14,464 km2, will protect the second largest wildebeest migration in Africa, as well as a significant portion of the catchment area of the Zambezi River, Africa’s fourth largest river system. In preparation of the TFCAs development the Government of Angola wishes to proclaim the Mussuma area as a National Park in order to further protect the wildlife migration on the Angolan side. On the Zambian side, Liuwa Plain National Park was historically a traditional park under the local chiefdom, until the Government took it over in 1972. It is amongst the parks with the longest history of wildlife protection in Africa, which started when King Lubosi Lewanika of the former Royal Kingdom of Barotseland declared it a ‘game reserve’ in the 1880s. In 2003, the Zambia Wildlife Authority and the Barotse Royal Establishment entered into a formal agreement with African Parks for the management of Liuwa Plain National Park for a period of 20 years.

The supporting documentation, preparatory work and draft MOU have been finalised for the Governments of Angola and Zambia to formalise the TFCA.

The TFCA occupies the northern reaches of the Barotse plain, lying between the Lungwebungu and Luanginga River. The area covers the Zambezian flooded grassland eco-region, the miombo woodland eco-region and the Zambezian cryptosepalum dry forest eco-region that occurs in patches north of the Lungwebungu River riparian zone. Liuwa Plain National Park is situated in the upper west Zambezi flood plains, coverage a significant catchment area of the Zambezi River.

Large areas of the plain become flooded annually between December and April. In the southern areas, there are scatterings of flat open pans, many of which hold their water until well into the dry season. Although primarily consistent of vast stretches of grassland, the plains are dotted with occasional small tree-islands or clusters of raffia palms. Game movement is controlled by seasonal shifts, with animals following water movements across the plains. Besides the large herds of migratory wildebeest and zebra, the TFCA is also home to numerous rare and endemic flora and fauna species, where the flood plains act as critical breeding grounds for several endangered reptiles, amphibians and birds. Mammal species occurring in the area include wildebeest, lechwe, sitatunga, tsessebe, reedbuck, zebra, oribi, spotted hyena and leopard. There are also more than 300 recorded bird species, 56 of which are either rare or migrating, contributing to the Important Bird Area status in the TFCA.

Many species that were locally extinct are slowly returning to Liuwa Plain National Park and the western Massuma National Park, including elephant, African wild dog and roan antelope. The lion population in Liuwa Plain was once reduced to only one strong-hearted lioness. Through reintroduction of several more individuals in 2011, the first cubs were born shortly after.

The People of Liuwa Plains-Mussuma TFCA

There are about 430 villages and 20,000 people living in and around Liuwa Plain National Park. These people have a long history of coexisting with wildlife, and the park plays an important role in local Barotse culture.

In the 19th century, during the era of the Royal Kingdom of Berotseland, community members worked in the  park as official gamekeepers During this period, the so-called ‘Indunas’ held various conservation responsibilities - an institution that continues to exist. Communities practice agriculture with mixed farming methods, while living with wildlife. People in the region have developed a sophisticated system of rights of resource use, including fishing and harvesting of natural resources such as thatching grass, building poles and palm fronds.

When a centralized management of the Liuwa Plain National Park was established in 1972, many of these cultural practices and traditional institutional regulations were abolished. Later park management realized the value of these practices, and began documenting them in 2005. Since then many traditional practices have been re-established with the assistance of the Barotse Royal Establishment. The TFCA enjoys strong community engagement and participation in strategic management.

Home to Africa’s second largest migratory population of wildebeest and zebra, after the Serengeti, the TFCA offers numerous wildlife sightings in a pristine area. Spectacular herds of between 40,000 and 50,000 heads migrate annually from the Liuwa Plain National Park in Zambia to the Mussuma region in Angola for the duration of the flood season and return again after the water has receded.

For visitors many parts of the TFCA are still difficult to reach, with few roads leading into the area. Adventure tourists can access the area from February to April by walking and canoeing, although this needs to be arranged in advance, and carefully planned for. There are also five community campsites in operation, serviced by communities, who also offer cultural tourism.