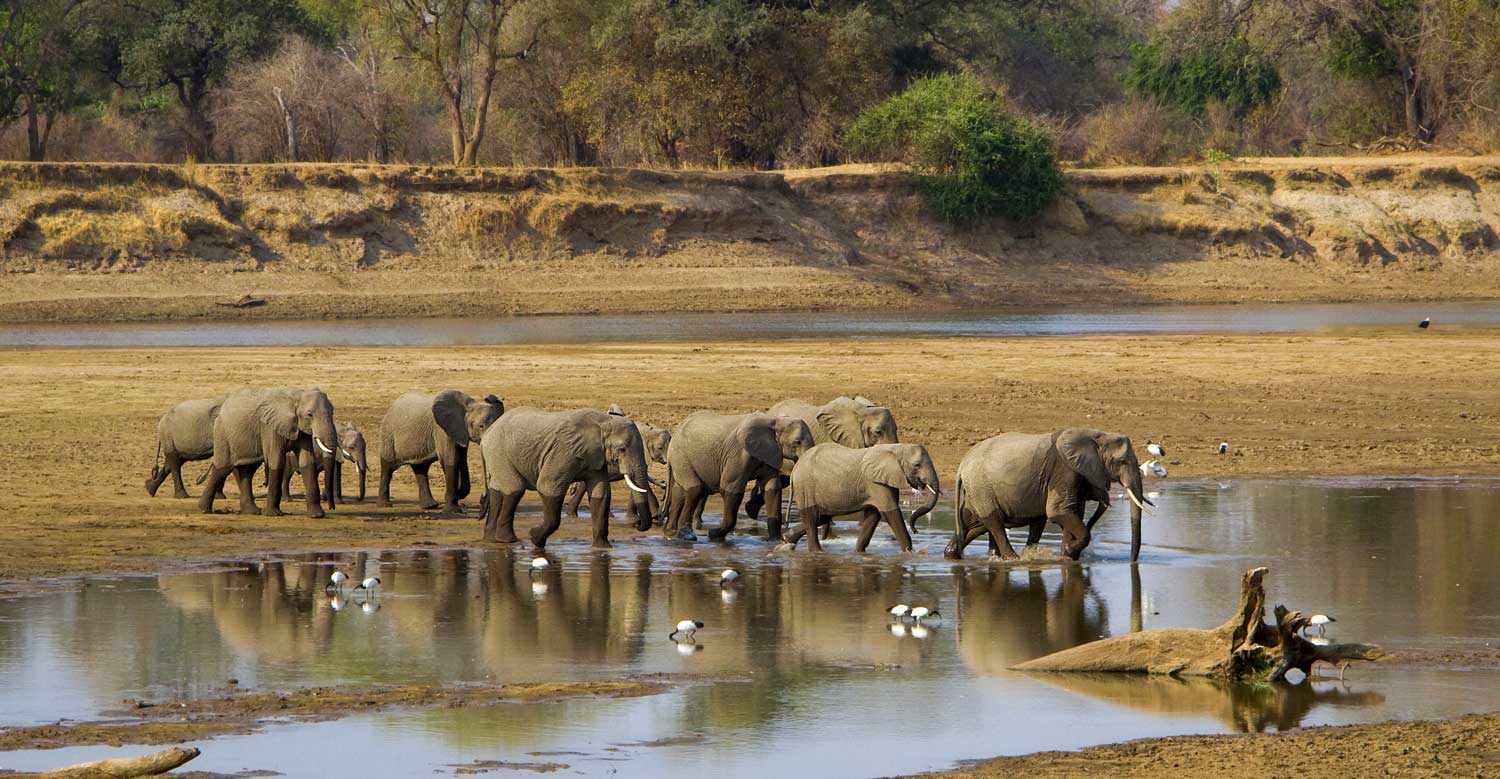 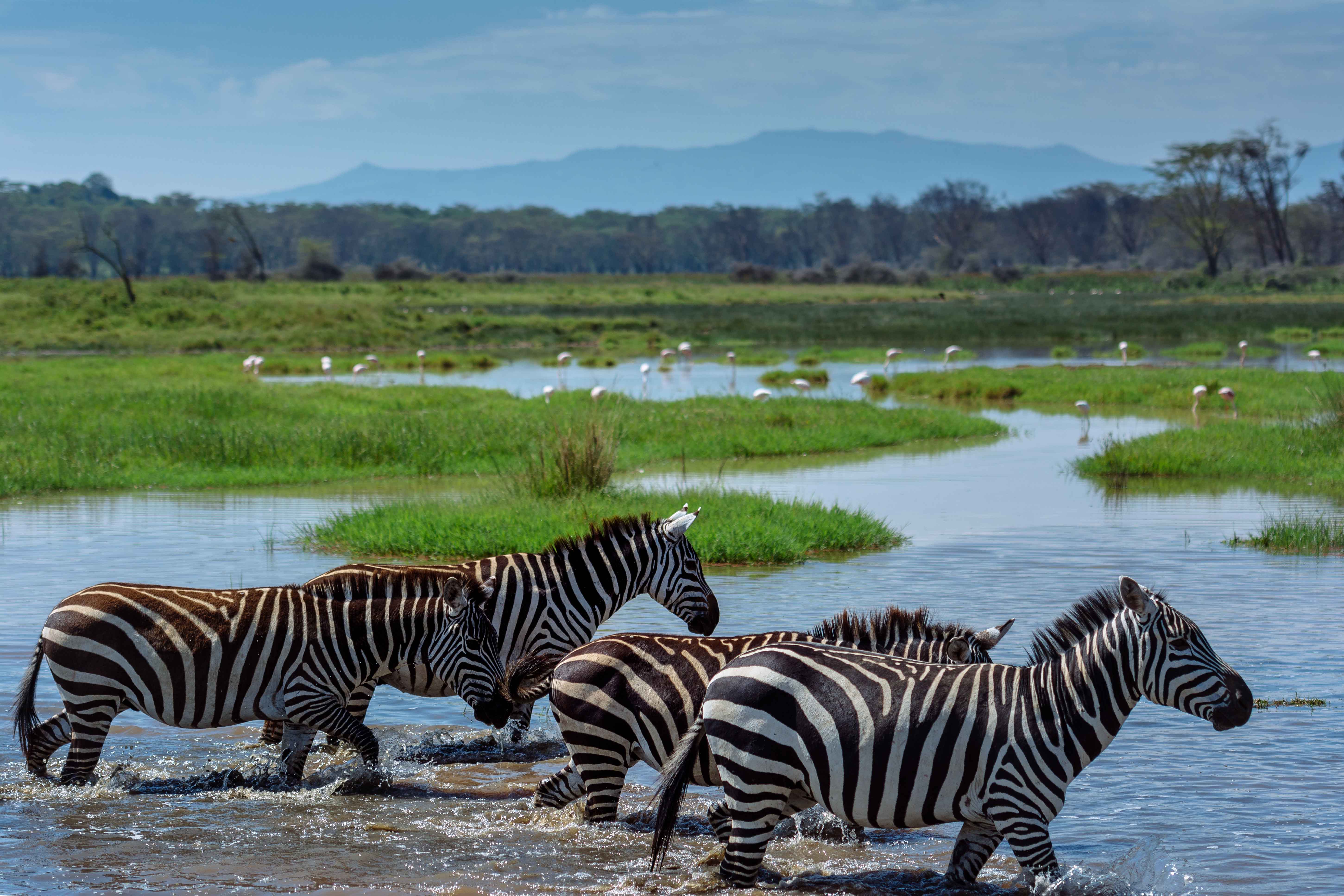 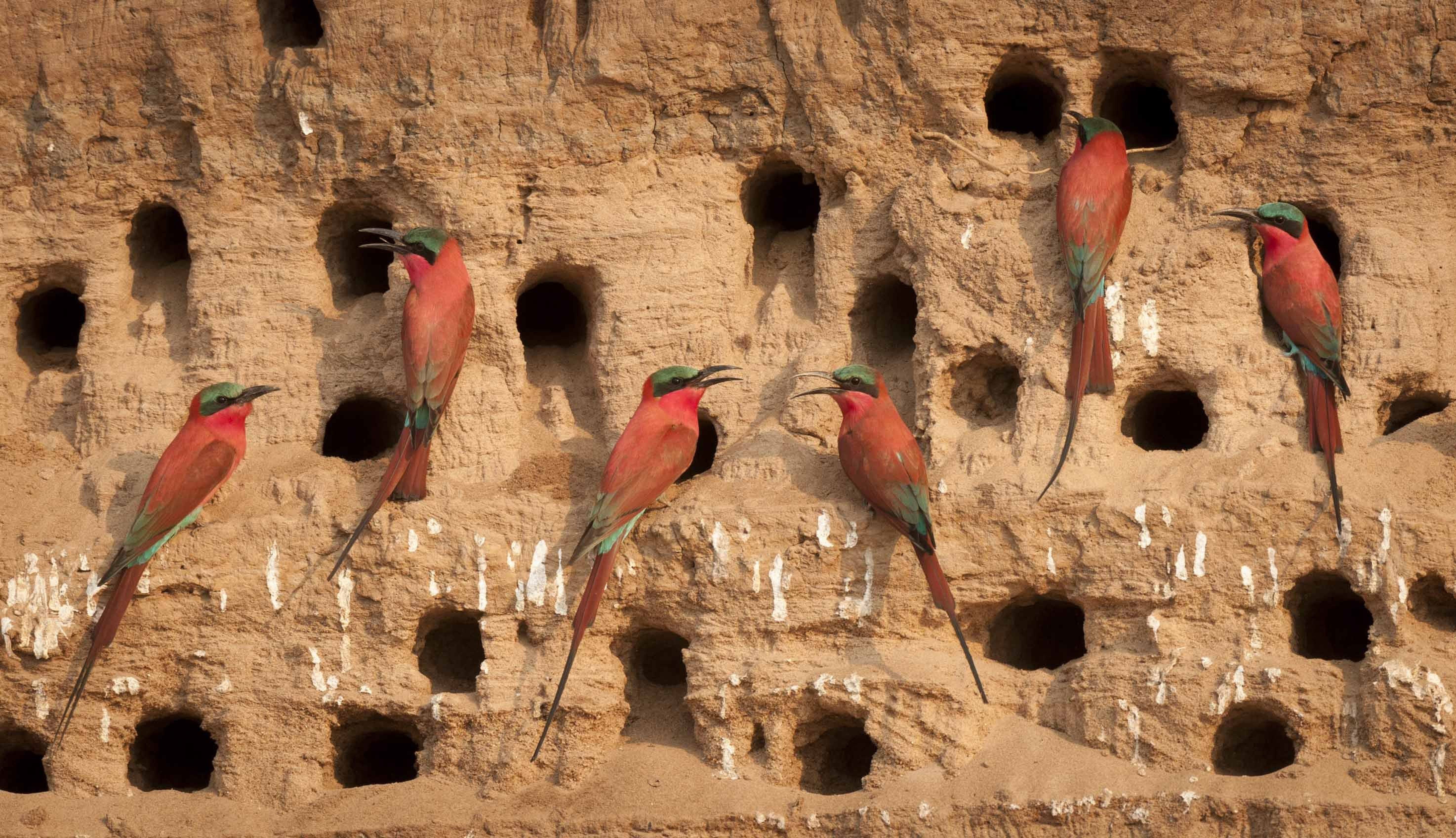 A landscape strewn with snaking meandering rivers rushing past contoured boulders and dramatic mountain valleys nestling hushed woodlands, this park is home to impressive numbers of African elephant, roaming across the expanse of land between three countries, largely oblivious to man-made divisions.

The ZIMOZA TFCA is a transboundary initiative for managing shared natural resources through community based resource management, infrastructural development and policy harmonization. The area consists of four districts, which are Mbire in Zimbabwe, Zumbo, and Magoe in Mozambique, and Luangwa in Zambia. It is located in the Zambezi valley where the Zambezi River and Luangwa River meet, covering a total area of approximately 29,859 km2 of National Parks, Game Management Areas, Safari Areas and communal land. ZIMOZA TFCA overlaps slightly with the Lower Zambezi – Mana Pools TFCA which lies directly on its western border. The TFCA encompasses parts of the Lower Zambezi National Park and the entire Rufunsa Game Management Area in Zambia and includes the Chewore and the Dande Safari Area in Zimbabwe. There is no formally protected area in Mozambique although the area included communal land and provides for a good habitat for many wildlife species.

ZIMOZA TFCA is at a conceptual stage although the process towards formalizing the TFCA development was initiated in 2002. The establishment process of this ZIMOZA TFCA was first spearheaded and facilitated by IUCN from 2002 to 2003 and then later in 2008 by the African Wildlife Foundation in conjunction with the Zambia Wildlife Authority. The initiative is overseen by an intergovernmental steering committee. An international agreement was finalized after wide stakeholder consultations but still awaits approval by the respective governments.

Bordering the Chewore Mountains in Zimbabwe, the vegetation is dominated by grasslands, riverine woodlands and dry forests with an average annual rainfall of 400mm and annual temperature of around 25°C. Major rivers found in ZIMOZA TFCA include the Zambezi River, which forms the boundary of Zimbabwe and Zambia, and the Luangwa River, forming the boundary between Zambia and Mozambique.

ZIMOZA consists of many wildlife corridors and home ranges of animals with an increase in deforestation, human encroachment, poaching and human-wildlife conflict.  The proposed TFCA contributes to the protection of a variety of endangered species including elephant, hippopotamus, buffalo, lion, leopard, sable and roan. The area also attacks over 300 bird species.

The People of ZIMOZA TFCA

Approximately 600,000 people reside inside the TFCA, many of which livelihoods are heavily dependent on natural resources such as water, fish, wildlife and forest. Communities that live within the TFCA are separated by borders but not by culture and history. One of the primary aims of the transboundary initiative is to enhance community livelihoods through community ecosystem based adaptations, mitigation and land-use planning. Education on wildlife movement corridors in an effort to keep human settlement away from wildlife dispersal areas will also help to reduce human-wildlife conflicts in the long run.

To date, Community-based Natural Resource Management (CBNRM) is implemented on the Zambian side, while the Communal Areas Management Programme for Indigenous Resources (CAMPFIRE) programme is run in Mozambique and Zimbabwe to facilitate beneficiation to communities in the Zambezi valley. To accurately inform management decisions and strategic planning, there is a need for the TFCA to engage communities in risk and vulnerability assessments around a host of human-environment relationships. Communities  and  technical  parties  are  increasingly  working  together  and  developing  plans  for  managing  shared natural  resources. It is hoped that by increasing the tourism potential of the TFCA, communities can be actively engaged and benefit from local employment and the sale of goods and services.

The IUCN undertook a study to profile the ZIMOZA area for its tourism potential that includes land, wildlife, and rivers, natural forests, a variety of vegetation types, local culture and beautiful panoramic views. The focus of governments is to ensure that tourism benefits communities and contributes to poverty eradication across the area. An example of a community initiative is a cultural village in Zambia where a local community showcases their traditional way of life and is now bearing fruit with tourists paying to visit the village.